“I think we need an honest conversation about our facilities,” says Olympic medallist and former Commonwealth Champion swimmer, Sharron Davies. “Because we have a real problem on our hands. We’ve already lost 250 pools and leisure centres since the pandemic and, according to Sport England, another 1,000 could close by the end of the decade if we continue on this path. Many of our leisure centres are outdated and in a shocking state of disrepair.”

Davies, one of the UK’s best-known and most popular sportswomen, knows what she’s talking about – not least because a considerable part of her life has been spent in a pool.

She burst onto the swimming scene as a 13-year-old Olympian in 1976 and instantly became a household name. Aged just 14, she won two European Bronze medals, followed by a silver medal at the Moscow Olympics in 1980. Her incredible international career spanned three decades and included numerous major titles and medals, as well as 200 British and Commonwealth records.

Since retiring in 1994, after two decades at the top level of her sport, she become a regular on TV and in the press – most notably as a key member of BBC’s television coverage of major events. She has, either as an athlete or broadcaster, covered every single Olympic Games since 1976.

Now, she is on a mission to tackle what she calls a serious issue – the state of the UK’s sports and leisure centre infrastructure. She is as passionate about the future of grassroots swimming as she was about making it to the podium during her elite career.

“Some of the UK’s leisure stock is in crisis,” Davies says. “There were a lot of leisure facility projects in the 1970s and many of those venues were designed simply as boxes with activities crammed inside them – there wasn’t a lot of imagination when it came to leisure centre architecture back then.

“What’s now happening is that many of those centres are now at the end of their life. During the pandemic, many local authorities were struggling to run these ageing facilities, as they were outdated, weren’t environmentally friendly and, as a result, hugely expensive to run. The added financial pressures experienced at local level during COVID-19 – especially as the facilities weren’t generating any income – have hit the sector hard. To make things worse, sadly, we’re one of the few countries in Europe which don’t ringfence funding for leisure and physical activity facilities or services as a public service.

“As a result, we’ve lost 250 facilities and that is utterly ridiculous. Because let’s face it, we weren’t particularly well-served in the first place, when it comes to having enough pools and leisure centres.”

For Davies, the first step to improving the UK’s leisure facility stock is to successfully make the case that sport and physical activity matter. She wants the sector to be seen as an essential service, which saves the NHS millions by acting as a preventative health service.

“As a nation, our healthcare costs are spiralling thanks to rising obesity levels and other lifestyle diseases,” she says. “Prevention is not only easier, but also a lot cheaper than the cure – and sports and physical activity play a huge role in that. We now need local and central government to finally understand that.

“It’s not merely physical fitness that leisure centres and swimming pools could help improve, either. I think the positive effects that physical activity has on mental health remain hugely underappreciated.

“So what we have to do is to make the government understand that we need to have affordable, clean, welcoming and inclusive facilities that people will want to use – and stay fitter and healthier. That really is one of my big quests in life.”

To put this quest – which extends beyond just improving pools – into action, Davies has partnered with Paragon Structures, a specialist in tensile buildings. As an ambassador and shareholder in the company, Davies now promotes the virtues of tensioned membrane structures, which she says are affordable, accessible and – importantly – flexible and sustainable, making them cheaper to operate.

“It’s time to think differently about how we build sport and physical activity spaces,” Davies says. “For one, facilities should be multi-use, because we really need to think about how we get the best for our money from the things we’re building. Not all children like traditional sports, but by helping them find an activity they enjoy we can develop good habits that will last a lifetime to benefit their mental and physical health.

“Also great facilities don’t have to take two years to construct and they don’t need to be so expensive. That’s where using membrane structures comes in – we can significantly reduce the total build programme and they are up to 40 per cents cheaper too.

“That’s important, because one of the biggest issues at the moment is that local authorities are scared witless about how they’re going to be able to afford to run some of these old facilities. This is why I’m excited about this partnership – we can offer a potential solution, rather than just bemoan the fact that we have a problem.”

When it comes to Davies’ first love, swimming, it’s not just the facilities that are causing her – and the sector – concerns. According to Swim England, a nationwide shortage of 8,000 swimming teachers is preventing more than half a million youngsters from learning a vital life skill.

The national governing body has put the lack of swimming teachers down to the pandemic lockdowns when pools were closed and staff went in search of alternative employment – or simply retired. An inability to deliver practical assessment centres to help train the normal intake of teachers since the first lockdown in March 2020 has also exacerbated the issue.

“I think it’s no secret that no one goes into swimming teaching to become a millionaire, they do it because they see it as a vocation,” Davies said. “Swimming teachers aren’t the highest paid, but they love their jobs and get great satisfaction from it. The pandemic put teachers under serious financial pressure and many had to look elsewhere for a living.”

The lack of teachers has contributed to a statistic that Davies describes as “shocking” – nearly half of pupils now leave primary school unable to swim.

“Swimming is a life skill, which you can do from the cradle to grave,” Davies says. “And it’s terribly important to get kids swimming. So now it’s all about trying to encourage the teachers to come back again – and recruit some new blood.

“Even that process ultimately comes back to facilities. We need the right facilities to help attract the teachers. If all we have are old, cold, smelly pools with poor facilities that aren’t properly maintained then no one wants to come and work in that sort of environment – no matter how much they love the job.”

Contact us to see how we can assist with your swimming pool
provision via our full turnkey solution.

A new guide has launched to help unlock the benefit of school sports facilities over the summer and outside of school hours.. Targeting schools, local authorities, activity delivery partners and funding organisations, the Open Doors Blueprint has been created by
FIND OUT MORE

New building regulations coming into force in England in June will make buildings more energy efficient. Our sports buildings are designed to exceed the new standards, making it easier to cut emissions and meet net zero targets.   Heating and powering
FIND OUT MORE 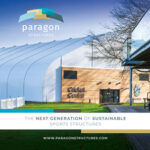 For general enquiries please fill out the contact form here.